While the magnetic tape recording technology that supported much of the music created between the mid-1960s and early 1980s has long since become obsolete, the songs written during those years endure and remain as well. revealing, dazzling and exhilarating than ever.

Vivid proof of this can be found in Theo Ubique Cabaret Theater’s production of “8-Track: The Sounds of the ’70s”, a show ingeniously crafted by Rick Seeber and brought to life with terrific musical arrangements by Michael Gribbin. And although it’s subtitled in parentheses “a gig,” it turns out to be a lot more. And while its score can be classic retro (from R&B and Motown, to pop / rock ranging from music from names like The Emotions, The Carpenters, The Doobie Brothers and The Bee Gees to Patti LaBelle, Barry Manilow, Helen Reddy, Marvin Gaye and others), the songs are performed here with great authenticity by artists who came of age decades after the Baby Boomers and Gen Xers who grew up with them.

In fact, “8-Track” is a formidable piece of theater – a multifaceted musical portrait of a turbulent period in American history. And his eight powerfully-voiced and dancing actors – backed up by the lively direction and choreography of Jamal Howard, and the ever-brilliant musical direction of Jeremy Ramey – ignited Theo Ubique’s intimate space to the point where you could easily. believe you are watching Broadway stars.

The show’s ‘booklet’ is shaped by the song lyrics and the emotionally charged interactions of the cast as it moves through 50 songs (some performed in full, others in fragments) that are organized into eight. Thematic “tracks” that deal with everything. from war and peace (it was the time of the Vietnam War), to the discotheque and “party” life of the time, to the great social changes brought about by the feminist movement and to the collapse initial many sexual barriers. 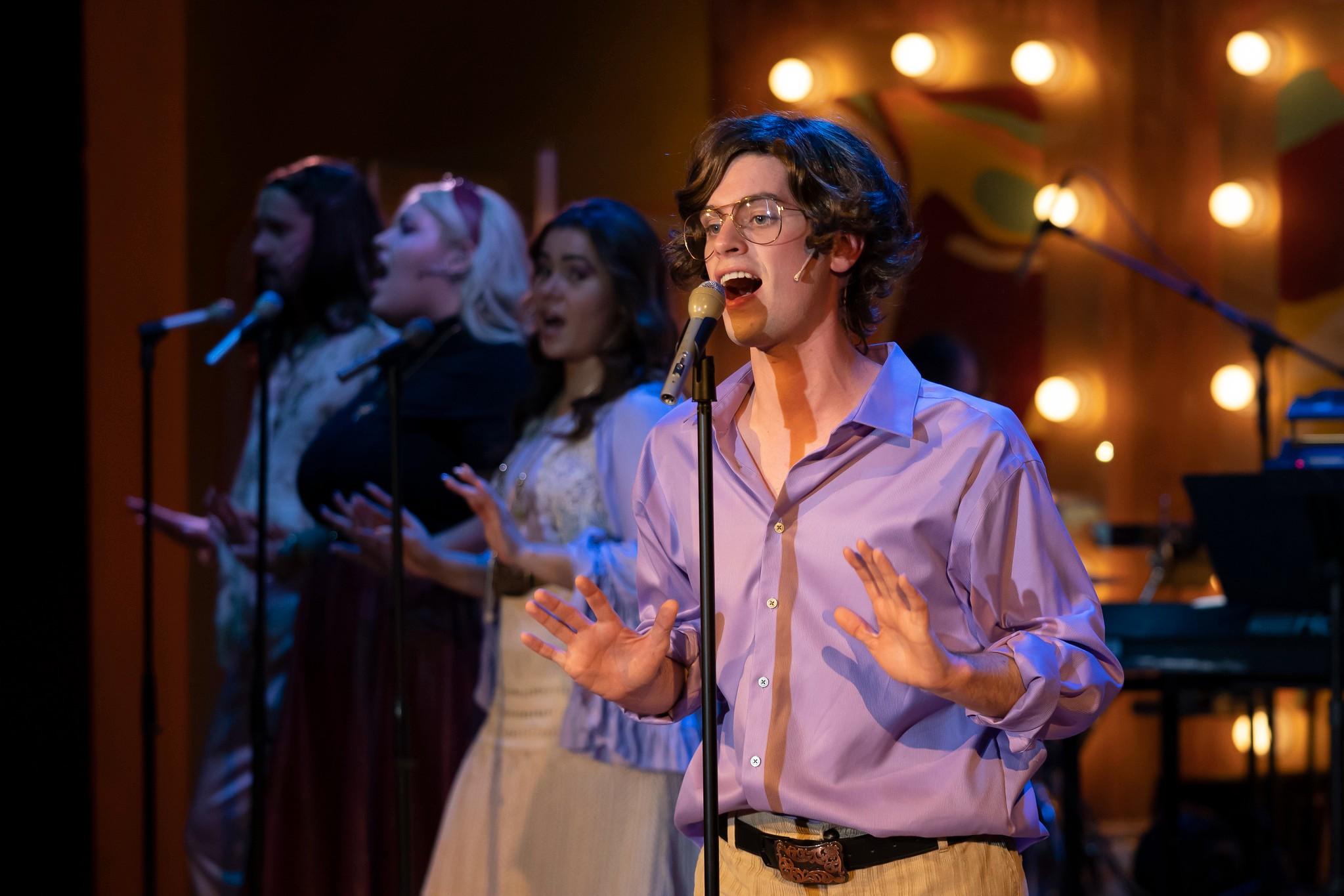 Just listen to how the show’s four protagonists command the stage. There’s Wesly Anthony Clerge singing a catchy “Get Ready” or holding his gym bag as he captures the anger and disillusionment of a soldier in “War” (and asking “what’s the point. ? ”), Or to launch into“ You make me want to dance ”and“ YMCA ”. And listen to the volcanic voice of Jasmine Lacy Young sing “I Am Woman” and “Don’t Cry Out Loud”, then bring a different energy to “Your Song” and “Shake, Shake, Shake (Your Booty). “

Mia Nevarez is the series’ romantic with a satin voice, leading the cast of “Everything Is Beautiful”, “Until You Come Back to Me” and “You Light Up My Life”. And Patrick O’Keefe is the sensitive young man who can make you cry by singing “Tie a Yellow Ribbon”, “I’m Not in Love”, “Midnight Blue” and “Desperado”, but also, on a different note, join Clerge on “50 Ways To Leave Your Lover”.

And there is much, much more, with each song turned into a scene in its own right, and the four terrific members of the “ensemble” – Chamaya Moody (a wonderful dancer), Alli Atkenson (with her blossoming child), Matt Patrick and Roy Samra – all bringing their particular personalities to the mix and joining O’Keefe and the other leads in saying they’ll be “Stayin ‘Alive.” 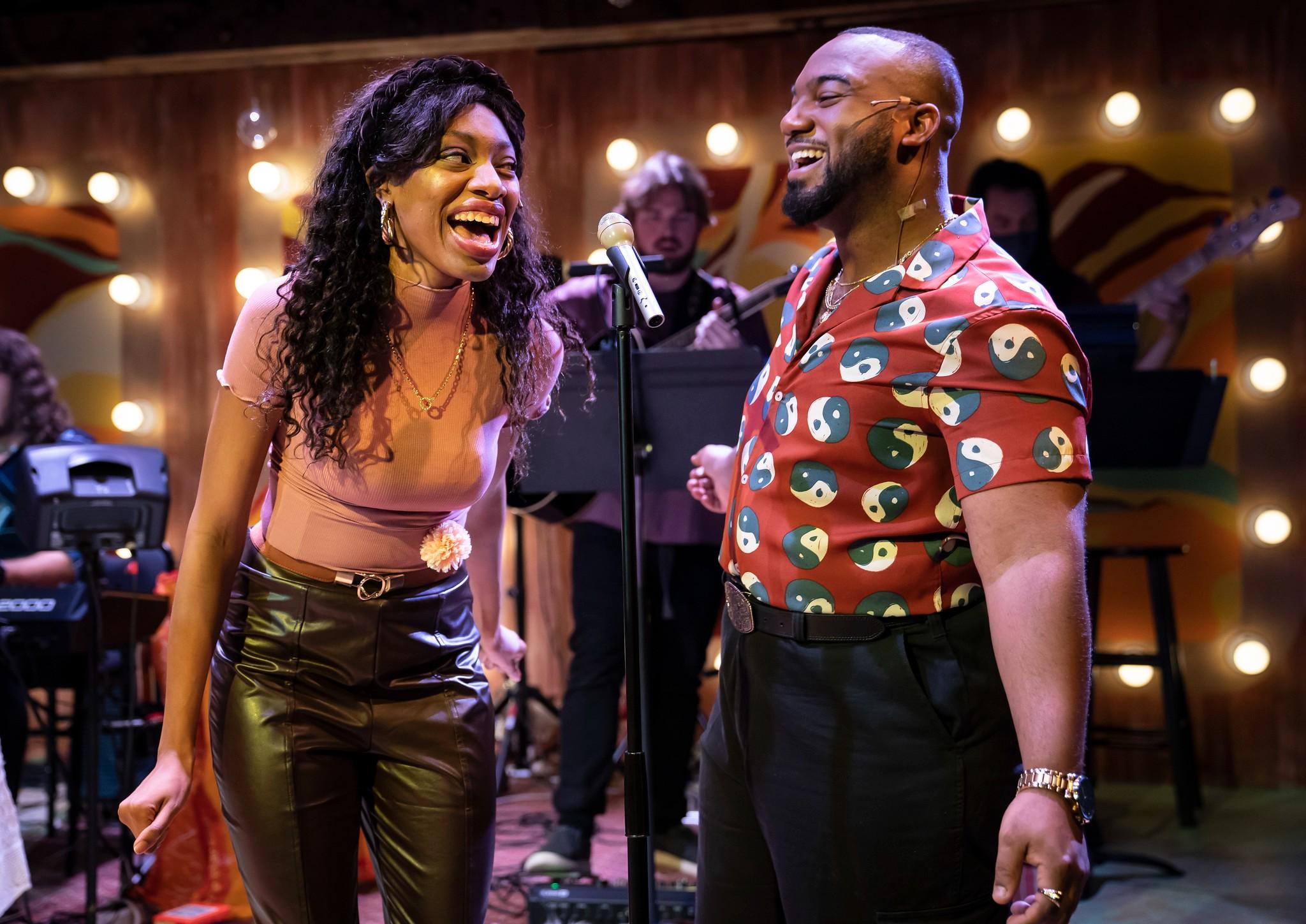 Jazmin Aurora Medina’s costumes suggest ideal terror in the first act of the show, then switch to jaw-dropping, glitzy, nightclub-worthy fashion for the second half. And Piper Kirchhofer’s lighting subtly reflects the ever-changing moods of the show.

Perched on the stage just above the action, you can see the show’s phenomenal musicians at work. Alongside Ramey, incomparable keyboardist, there is drummer Carlos Mendoza, Peter Cowdery on guitar and Egan Franke on bass. I would dub them Grammy material. (Congratulations also to precious sound designer Stefanie M. Senior and sound engineers Isaac Mandel and Max Cichon.)

At the end of the show, you might well ask: who needs a crowded arena when you can do “The Hustle”, meet “Lady Marmalade” and take an up-close and personal musical (and historical) road trip to Theo Ubique (whose name comes to be Greek for “omnipresent divine gift”).

“8-Track” runs through January 23 at Theo-Ubique’s Howard Street Theater, 721 Howard St. in Evanston. For tickets, visit theo-u.com or call (773) 939-4101. (You can just watch the show, or you can also order a dinner theater package from the excellent Good To Go Jamaican Cuisine restaurant.)

Note: Upcoming productions at Theo Ubique will include “Once Upon a Time in a Mattress” (March 11-May 1), the playful musical based on Hans Christian Andersen’s fairy tale, “The Princess and the Pea” and ” Godspell ”(June 10-July 31), inspired by the Gospel of Matthew.