As the first chords of “Can’t Buy Me Love” sounded, the weight of the years evaporated. So it was Tuesday night, again and again, mind-bending wonder, watching Paul McCartney, a titanic pop talent a month and a day away from what will be his 80th birthday, deftly narrow the distance between his extraordinary youth and his no less impressive autumn years.

For the roughly 11,000 spectators packed into Dickies Arena for the only scheduled Texas leg of McCartney’s ‘Got Back’ tour, the two-hour, 40-minute showcase – the Liverpool native’s first stop in Fort Worth proper in 46 years old, and his first North Texas appearance in three years – was a joyful celebration, a dazzling display of a skill as fundamental to pop music as piano keys, guitar strings or drumsticks.

“I have a feeling we’re going to have a great time,” McCartney told the screaming, ecstatic crowd of all ages, some dressed in costumes and many holding homemade signs. “We have old songs, new songs, some in between… let’s go.”

Macca may be technically mortal, but he’s still a rock god.

The setlist swung easily between past and present – “Junior’s Farm” closely followed by “Got to Get You Into My Life”, with “Let Me Roll It” and “We Can Work It Out” soon after – and the affable McCartney held it all together with his unaltered charisma. (“We know what songs you like because the room lights up with phones — it’s like stars,” McCartney said at one point. “When we do a new one, it’s like a black hole. – but we’re going to play them anyway!”)

Indeed, more than once on Tuesday you had to almost physically free yourself from the realization that an honest-to-god Beatle stood 40 feet in front of you, singing melodies so ingrained in the collective memory that they might as well be fused with our seahorses. 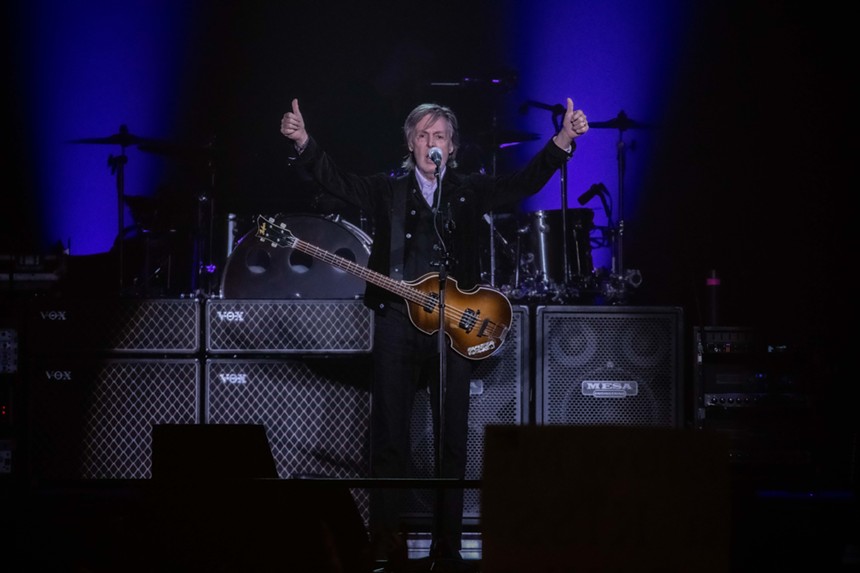 Paul McCartney knows what song audiences want to hear and delivered a big moment on Tuesday.

He was supported, as always, by his main collaborators, drummer Abe Laboriel Jr., guitarists Rusty Anderson and Brian Ray and keyboardist Paul “Wix” Wickens, and the band was rounded out by the Hot City Horns (Kenji Fenton, Mike Davis and Paul Burton). McCartney moved easily from bass to piano to acoustic and electric guitar, even trotting a ukulele (“George gave me this one”) once or twice. His voice, admittedly, has been thinned by the passage of time – even the Beatles are mortal – but McCartney has resolutely propelled himself forward, continuing, admirably, to sing everything in his original key.

As transporting as the songs were, accompanied by lights, lasers, smoke, confetti and two large vertical video screens on either side of the stage, it was the lingering undercurrent of melancholy that made the whole night deeper, richer and more bittersweet.

Performances by artists of McCartney’s stature are unquestionably events in themselves – partly because they might very well be the last time around, and partly because, whatever you think of the pop music landscape today Today, you’d be hard-pressed to find acts consistently producing work of the caliber of The Beatles.

The slow accumulation of losses is another unavoidable facet of aging; McCartney was surrounded by the memories of his former bandmates, John Lennon and George Harrison, but also his late wife, Linda (whose face was prominent during the “Band on the Run” interstitial videos), and even Jimi Hendrix. , to whom McCartney — as he always does — paid tribute with a bit of “Foxy Lady” and a well-worn but no less beloved anecdote about watching the guitarist detune his guitar as he played “Sgt. Pepper’s Lonely Hearts Club Band. 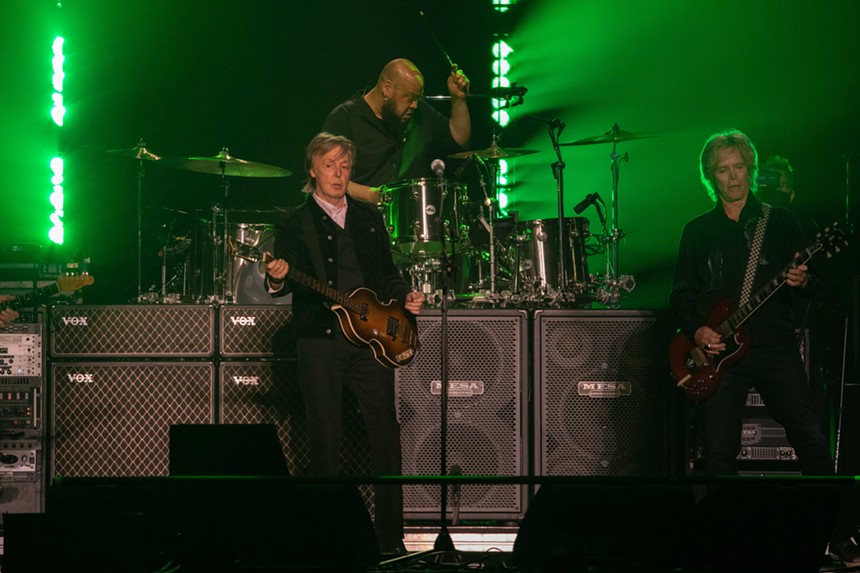 Paul McCartney paid tribute to other icons like Hendrix, Lennon, Harrison and Linda.

The gift of director Peter Jackson’s massive documentary To come back continued giving on Tuesday, too, as it allowed McCartney to reconnect, however briefly, with his Beatles brothers. “Get Back,” the song, unfolded against a backdrop of footage from the documentary, and the encore began with McCartney, dueting through time, space and mortality with footage of Lennon, high on the icy roof in 1969, on “I’ I have a feeling.

That McCartney bears it all – the weight of expectations, the weight of lost loved ones, the burden of legacy – with such grace and good humor is, in itself, a testament to his genius. But it was hard not to sense Tuesday that even though his pop star facade has rarely cracked in the nearly 60 years he’s been in the public eye, McCartney may be a little tired. He had to carry that weight for a long time, to borrow a phrase, and any sane person would tire of such emotionally charged responsibilities, no matter how much they value the lights, the adulation, and the fun of the game.

And yet, how could anyone with a pulse not feel invigorated by these songs? The final 45-minute series from the main set – beginning with the two kinetic irons “You Never Give Me Your Money” and “She Came in Through the Bathroom Window” and culminating with the pyro-charged “Live and Let Die” and the eternal “Hey Jude” – was as close to sustained euphoria as you can find in the world these days. It was ecstatic, it was electrifying – it was absolutely everything, then as now. 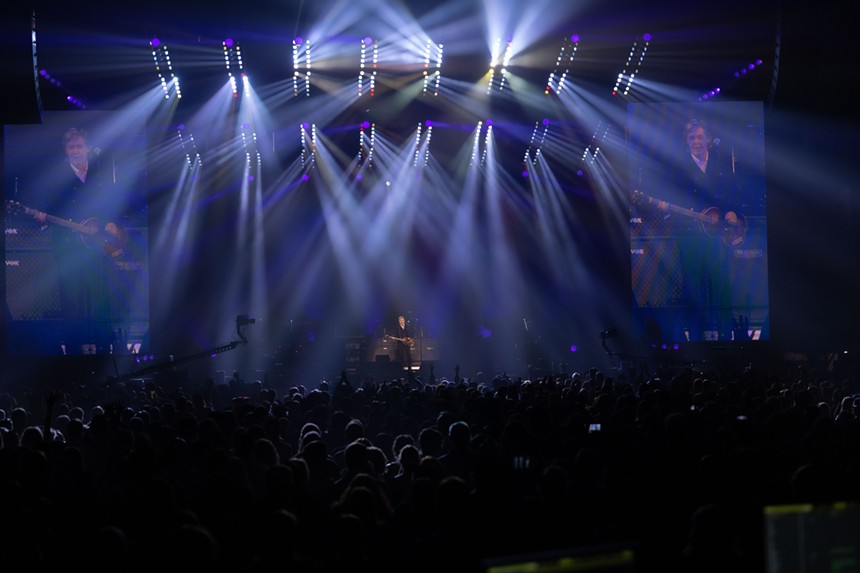 McCartney went through classics like “Get Back” on his Get Back Tour, which stopped in Fort Worth on Tuesday night.