An Anglican pastor, a Methodist missionary and a Pentecostal missionary have come together in a joint project in Madrid that has broken down barriers and strengthened bonds.

It’s a Arab Christian Community, the first in the Spanish capital and “the third in Spain, after one in Barcelona and the second in Malaga”, specifies Daniel Johnson, one of the founding pastors of “Kanissa in Madrid”, a Christian church that has held weekly meetings since October 2018.

Johnson, an Assemblies of God minister from the United States, has previously served as a missionary in Grenada, also focusing on outreach to Arabic-speaking people who identify primarily with the Muslim faith.

To Madrid he found that there was not a church that spoke entirely in Arabic to the capital’s large Arabic-speaking population with Arabic as a mother tongue.

He wasn’t the only one to recognize this need; he soon found other Christians with the same sensibility and caller: Duane Miller, who is associate pastor of the Anglican Church of Madrid and his wife Sharon, and Raouf Soleiman, an Egyptian missionary of the Methodist Church.

They now meet in a room at the 4C Christian Center in Madrid on Tuesday evening. / Google Maps.

“Every Monday we had a prayer walk, and the idea to do something came up,” Johnson recalls. Since then, the Christian community has been built “on trust. We try to focus on the essentials and leave the rest in the hands of the Lord“, he explains. They now meet in a room of the 4C Christian Center on Tuesday evenings.

For this community, it is important to make yourself known to the evangelical churches of Madridwho “sometimes can have contacts or visits from Muslims, and they don’t know how to talk to them or help them, we are at their disposal”, underlines the missionary. 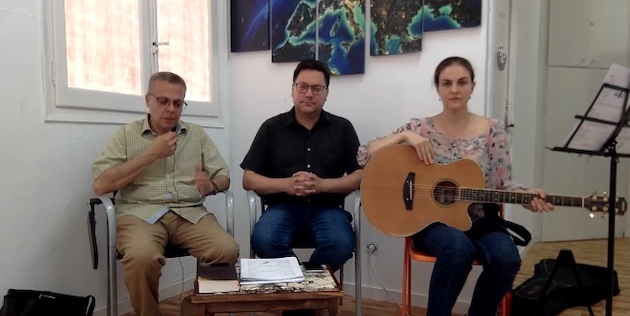 In addition to the public meetings they hold every Tuesday afternoon, they have a website and are active on Facebook and Youtube, where they broadcast their services.

Getting known on the internet is also important for them, because many Arabs first approach the gospel through these media.

Johnson told the Spanish news site digital protestant that they are in contact with other missionary initiatives in other parts of Europewhere they find that more and more people of Muslim background are interested in the gospel.

They hope that the community can grow and also be an example that it is possible to carry out missionary work among Christians of different sensitivitiesbut with the same objective: to present Jesus to all languages, to all peoples and to all nations.

Posted in: Gospel focus – cities
– The Arab Christian Church of Madrid, an example of unity in the mission